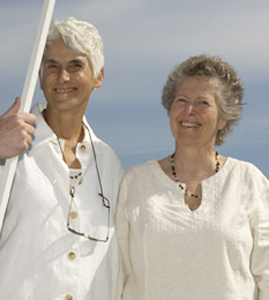 Spain's first LGBT retirement home is all set to open in 2014, now that a plot of land has been secured on the outskirts of the capital city. As the last generation to have been immersed in the culture of Franco's rule are growing older, homophobia has been a rising problem in retirement homes. Franco declared homosexuals to be 'socially dangerous', and as hence a great deal ofhostility can be found by those individuals – generally over forty years-old – who remember his time in power.

The December 26th Foundation – named after the date in 1978 when Franco's law against homosexuality was repealed – have put the plans in motion to open a gay-friendly home in Madrid. Priced at approximately 1000 euros a month, residents will enjoy a great reduction in the usual costs of a place in retirement homes in the area.

The complex will include a gym, library, conference room, launderette, shop and restaurant. Accommodation will include a mixture of studios and apartments and the complex will be able to house two hundred and thirty people, including HIV positive residents who are excluded from some of the other homes in the country. This is a positive and long-overdue progression in Spanish society, and hopefully it will open the doors for similar institutions. With awareness rising, we can only hope the attitude towards homophobia will change, and that other LGBT individuals will receive the care they need in their own later years.