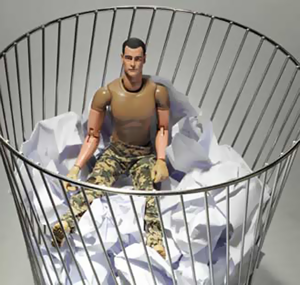 It seems like the role of the 'alpha male' has begun to decline since we passed into the 21st century. The image of the aggressive, hairy-chested, overtly macho, and mostly sexist man is being passed over by the more intelligent, geeky, fashion-conscious and more considerate 'metrosexual' man.

As the shift to a more 'politically correct' society had seen the behaviour of such alpha males now frowned upon, 'beta males' like Facebook creator Mark Zuckerberg have risen up to show the world that you now don't necessarily have to beat your chest to be heard in business anymore.

This trend is also being seen in other professions as well, with men like lead singer and songwriter of the Arctic Monkeys Alex Turner demonstrating that you don't have to be brash and cocky like Liam Gallagher to be a rock and roll superstar.

And let's not forget probably the most influential beta male on the planet, the current President of the United States, Barack Obama. With his smooth, easygoing nature, smart dress sense and calm but authoritative manner, he is single-handedly showing the world that a man doesn't need to be a ruthless dictator to command respect.

The times are changing, and it's time for those who still cling to the Gordon Gekko mentality to dust off their caveman attitudes and embrace their 'beta' halves!