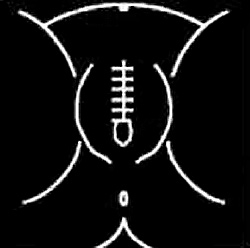 Amnesty International's anti-torture campaign is what did it first, years ago. It brought home to us loud and clear just how the practices that many kinksters engage in, and dare we say enjoy, are the very same ones that bring pain and humiliation, of the worst kind, to so many around the world.

Over the years, we have condemned non-consensual rape, abuse and torture as strongly as we support individual's right to be in control of their own bodies (and indeed have unspeakable things done to them *should they choose to do so*). What is often commented upon as a particularly tricky balance to strike - condemning one while advocating the other - is not a contradiction at all in our mind. The crystal clear criterion is that of consent, given responsibly and freely, with no external pressure to do so and with a full awareness of what is involved.

We were reminded of this message yesterday, with the launch of the EU campaign to help the victims of female genital mutilation (FGM) and the UK Government pledging £35 million to help eradicate it within a generation. 10 years after it was made illegal in Britain, it is reported that more girls are at risk here than anywhere else in Europe, with over 65,000 victims and a further 30,000 at risk. The MET are working on problem, which is most prominent in London African communities.

According to the World Health Organization (WHO), female genital mutilation/cutting (FGM/C) comprises all procedures that intentionally alter or injure female genitalia for non-medical reasons. The common classification specifies 4 types of FGM:

While the figures aren't what one might expect for this country, one must be cautious of all-out condemnation. FGM is a community practice spanning generations, and so it is education, and support for families, and victims, that are most needed. Charities such as The Orchid Project, Daughters of Eve, or Forward work hard to do just that, and deserve our wholehearted support.

Having your cunt stitched up for fun is one thing. Having it mutilated as a child is quite another. Every kinkster should know the difference - and help educate those who do not.